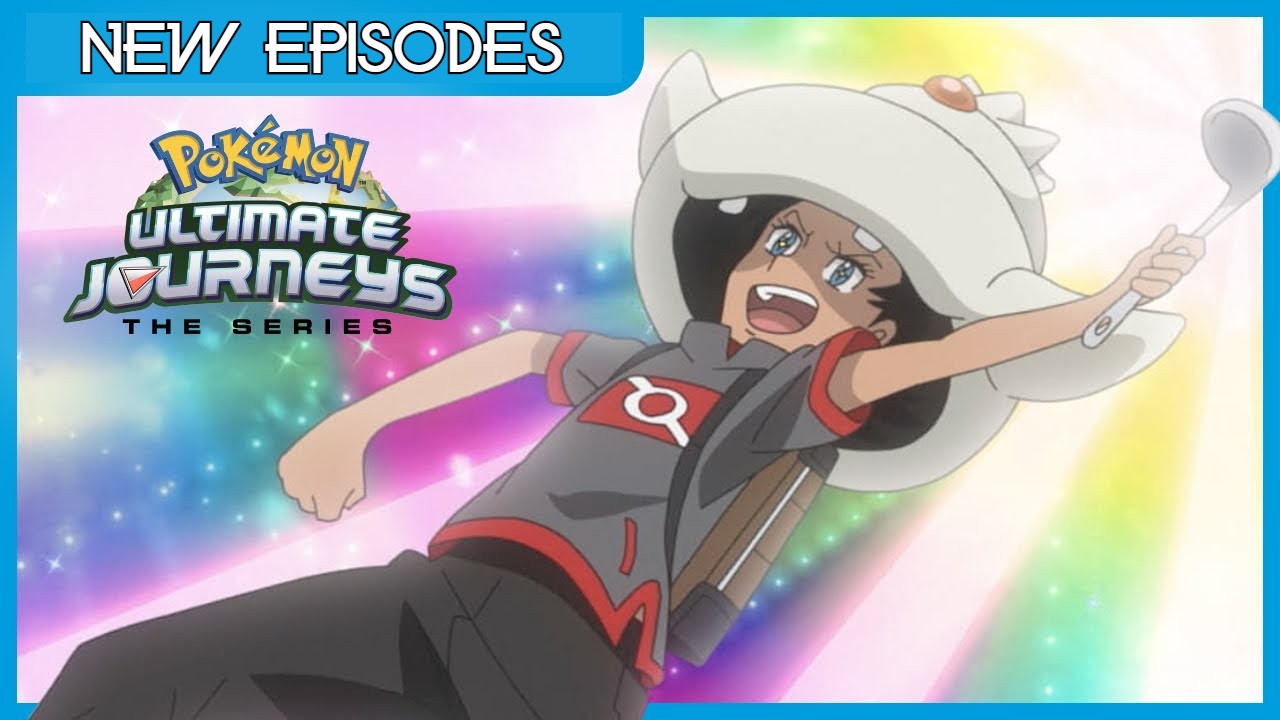 This season continues the research fellowship adventures of Ash Ketchum, Goh and Chloe Cerise, as they travel across all eight regions, including the new Galar region and the Galar region’s Crown Tundra, based at Cerise Laboratory in Vermillion City in the Kanto region. Episode 2 - Gengar Does Its Best! The Road to Gigantamax! In order for Gengar to Gigantamax, it needs to drink Max Soup
Watch/Download

Episode 3 - Your Name is Françoise Ren, an assistant at the Cerise Laboratory has a Magnemite named Francois who is very particular about food and only uses electricity from retro products. Looking at that, Ren remembers the first he met Francois.
Watch/Download

Episode 4 - The Heracros Loss and the Pinsir in Love A Lilligant has just arrived at Cerise Park, and Heracross has become attracted to her. Pinsir gets saddened at the sight of this, since it’s in love with Heracross. The depressed Pinsir starts thinking that things might’ve been different if it had a pretty flower too, so Ash and Goh decide to take it along as they accompany Chloe to a “Pokémon flower arrangement class” held by Celadon City’s Gym Leader Erika in order to cheer it up. Will Pinsir manage to win Heracross’ attention?
Watch/Download Team Rocket spend their days focusing on their part-time jobs, so they can raise funds for their operations—they’re also completely sick of their missions constantly failing.
Watch/Download Sophocles has asked Ash and Goh to come to Mossdeep Space Center in the Hoenn Region. He tells them that he and an Ampharos are participating in the return project for the asteroid probe “Flarrow 2”, where the probe will be making its return using Ampharos’ light as a guide.
Watch/Download Ash and Goh return to Slowpoke Island, so that Goh can capture a Slowpoke for his Pokédex. During their stay, Galarian Slowpoke and their corresponding evolution lines appear on the island! Are they here to make friends or enemies?
Watch/Download Ash, Goh and Chloe visit a Pokémon Circus where they meet the two performers Honoka and Billy. Honoka loves Fire type Pokémon and Billy loves Electric type Pokémon and they both intend to evolve their Eevee into a Flareon and Jolteon respectively before their upcoming performance.
Watch/Download Marnie stands in front of Ash as an opponent of “World Coronation Series”. However, Team Yell, trying to give Marnie a goodbye, tell Ash a lie about the venue and Ash arrives in Spikemuth. There he meets Marnie’s older brother, Spikemuth City Gym Leader, Piers. Ash hears from Piers about his thoughts on Marnie’s Championships progress on his way to the real venue, Wyndon City, on his bike. The fierce battle of Ultra Class then begins.
Watch/Download Ash was originally going to search for Pokémon in the Galar region, alongside Goh, but an unexpected turn of events led to him training with Leon instead. What Leon calls “training” is actually him playing and interacting with his Pokémon and while this surprises Ash, he also feels a strong kinship with him. Meanwhile, Goh runs into Sonia, who’s in the middle of searching for Pokémon on her own and learns of a surprising side to the undefeated Champion from her.
Watch/Download

Episode 11 - The Thwackey with One Stick! Ash and Goh arrive in the wild area of Galar and meet a Thwackey. Goh’s Grookey has a longing for his evolved form Thwackey. However, for some reason, this particular Thwackey seems to have only one stick, when it should have two. What will Ash, Goh and Grookey do to help Thwackey.
Watch/Download Project Mew’s next Trial Mission is to have a raid battle against Articuno. Goh heads to Seafoam Islands, where Articuno is said to be, alongside Ash, where he reunites with two others searching for Articuno: Horace, his friend who wants to get Celebi, and Ash’s childhood friend Gary. Together with these two rivals of his who likewise aim to become eligible for Project Mew, Goh challenges the Legendary Pokémon Articuno to a Raid Battle.
Watch/Download The venue for the next “Pokémon World Coronations” is in Lumiose City in the Kalos region. Before the match starts, Ash and Goh visit gym leader Clemont and his sister Bonnie, who used to travel with Ash. Ash trains by having a Pokémon battle with Clemont, but then something happens with Sirfetch’d…?! Dracovish seems to take interest in what happened, and…?!
Watch/Download Ash’s “Pokémon World Coronation” opponent is Drasna from the Kalos Elite Four, she is ranked 12th in Ultra Class! Drasna looks kind, but her battling skills are absolutely extreme?! Ash faces Dragon type Trainer Drasna with his powered-up Sirfetch’d and Dracovish! Will he be able to defeat this powerful opponent?!
Watch/Download Chloe learns that a Sylveon has been gaining a lot of attention in Pokémon Contests in Hoenn so decides to head there with Eevee to meet its trainer, Serena.
Watch/Download To increase the number of members of Team Rocket all over the world at the behest of Boss Giovanni, Jessie and the others start a radio program to recruit members. Despite being enthusiastic to tell the world about the wonderfulness of Team Rocket and get new members… the listeners are zero people! Not losing hope they completely revamp the show to make more interesting radio programs, completely forgetting their original purpose..?
Watch/Download Yamper is the reliable big brother of Pokémon in Cerise Park and solves the troubles that occur in the park brilliantly, but this time he notices that the water of the river flowing through the park is dirty.
Watch/Download 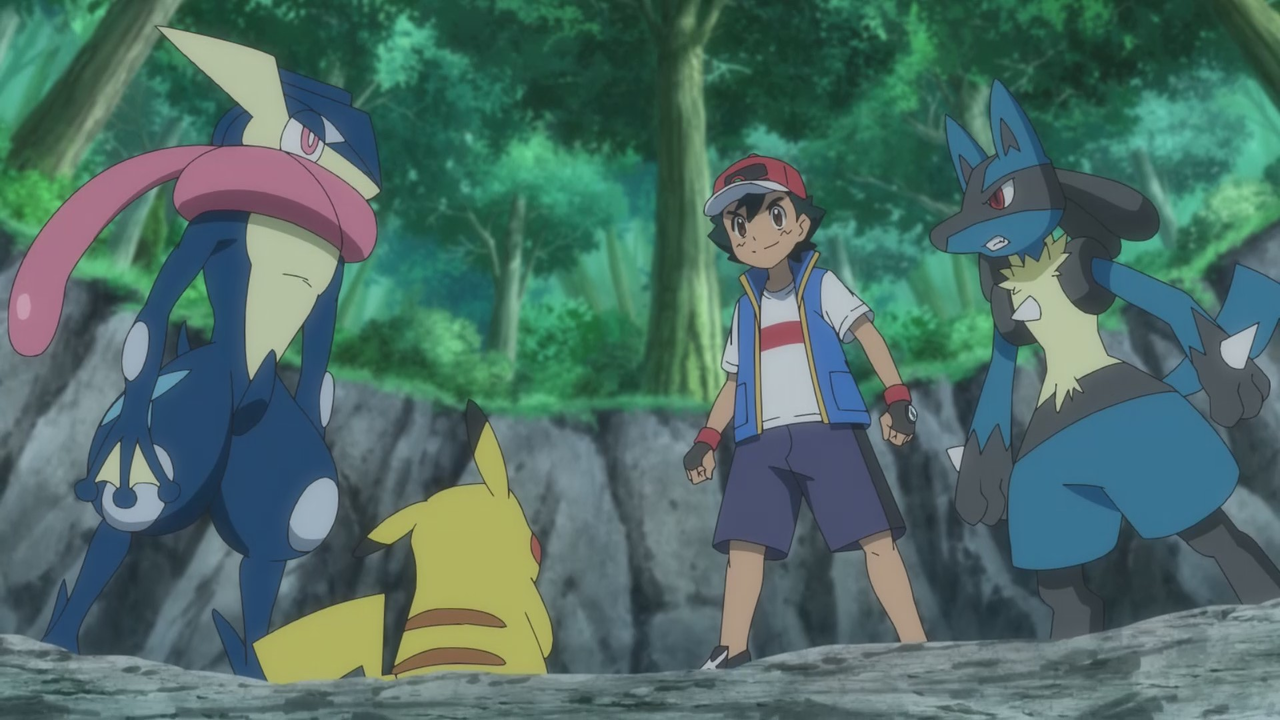 Ash and Lucario decides to go see Greninja, who once traveled with Ash through the Kalos region, to power up and join the Masters Eight. Lucario challenges Greninja, but it lacks something in battle. Does Ash want to tell something about Greninja?
Watch/Download 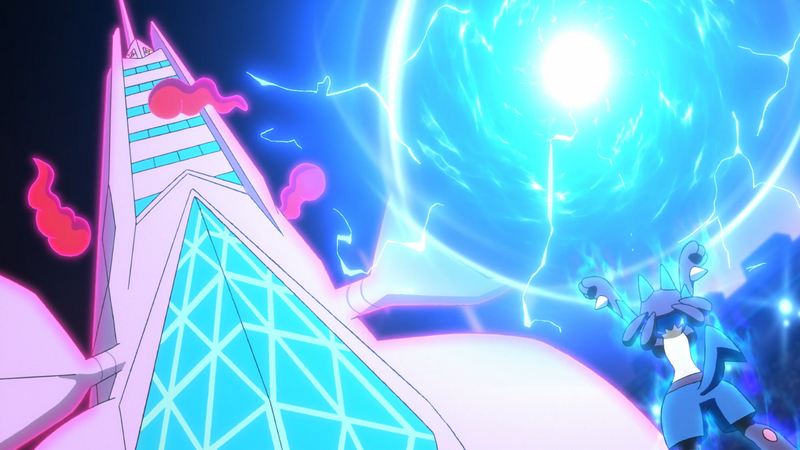 Ash challenges Raihan for the right to enter the Masters 8 in the last advancement match of the season. As Raihan overwhelms Ash with his strategies and Gigantamax Duraludon, can Ash and Lucario make it to the next stage?
Watch/Download

Goh and Ash come to Sea Mauville, Hoenn for a new mission of “Project Mew”. This mission is survival! Battle with other challengers in the facility and only the last remaining one will be the winner.
Watch/Download

In the Galar Region’s Crown Tundra, there have been reports of a mysterious Pokémon appearing. Ash, Goh, and Chloe head over to look into it. Meanwhile, Ash’s Alolan friend, Lillie, and her brother, Gladion, have also arrived at the Crown Tundra in search of their father, Mohn.
Watch/Download

Ash reunites with his friends from the Pokémon School for the first time in a while. They decided to hold a Battle Royale where four groups battled simultaneously. The venue became overwhelmed when word got out that their beloved Champion, Ash, had returned.
Watch/Download 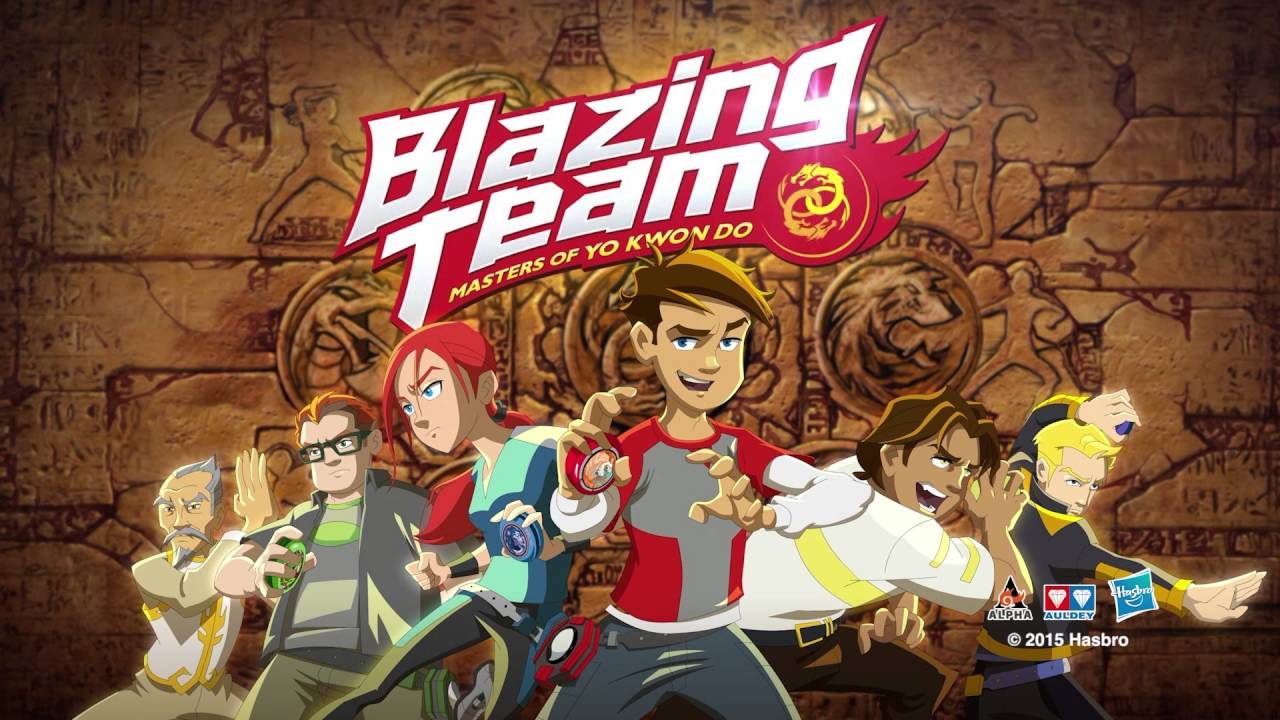 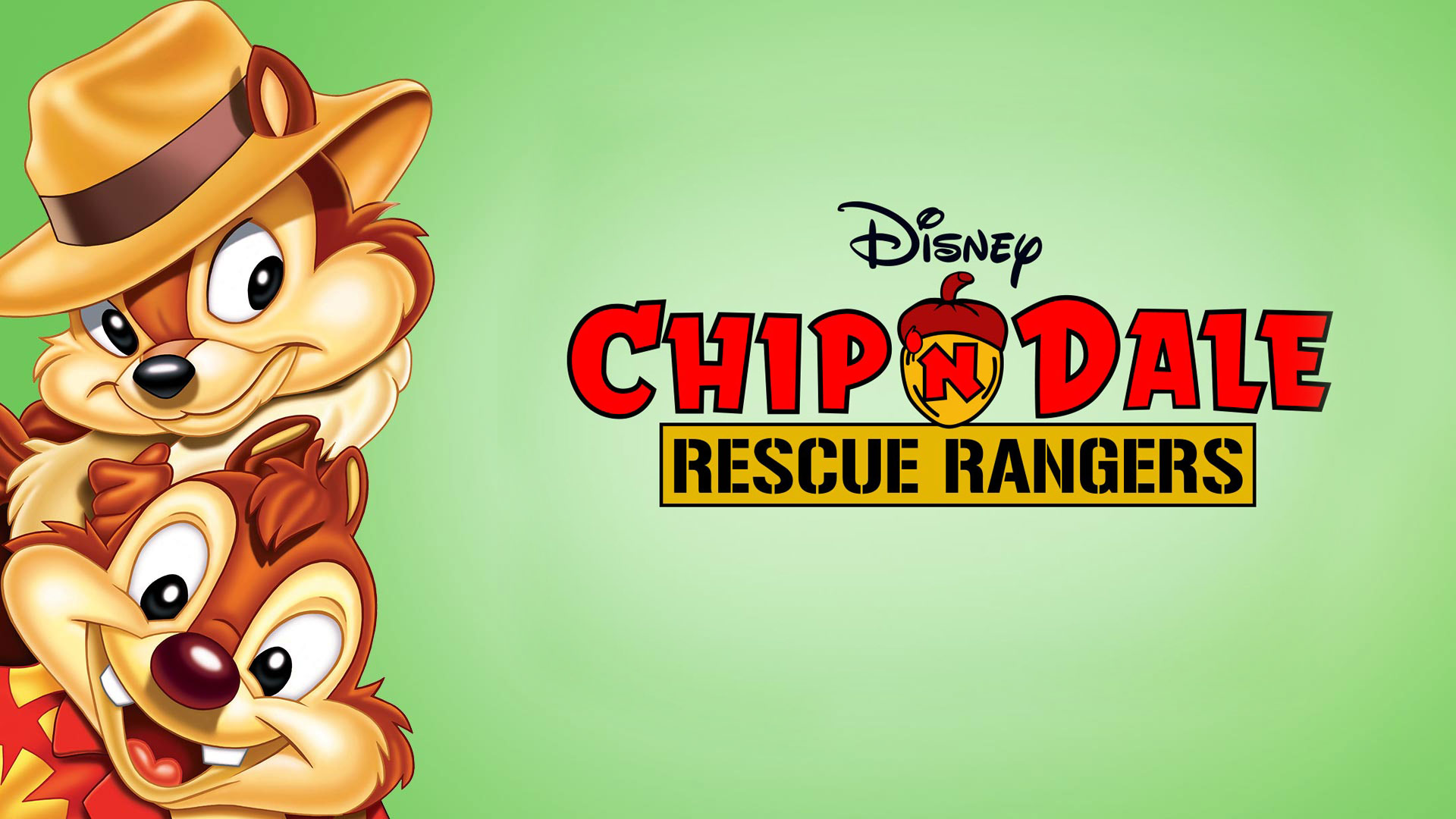 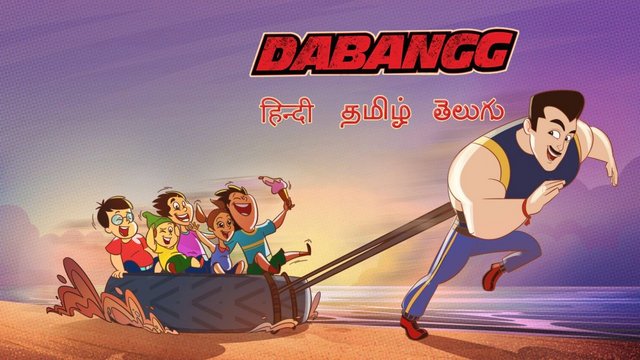 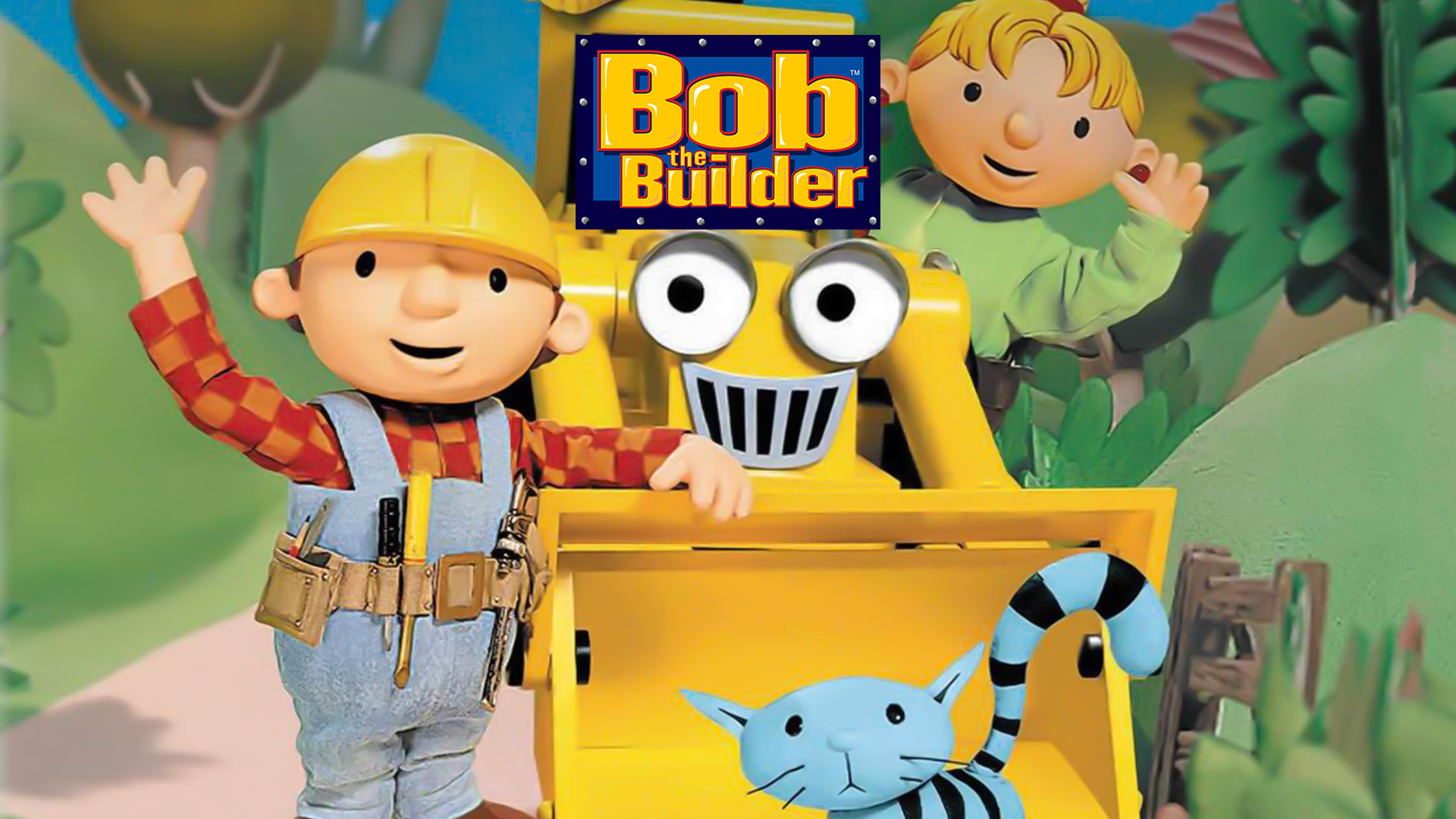